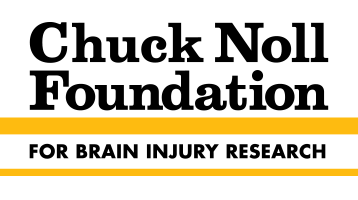 “We are so proud to award grants to these outstanding research teams and institutions,” said Arthur J. Rooney II, President of the Pittsburgh Steelers and Chairman of the Foundation Board. “Chuck Noll was a great coach who was ahead of his time in recognizing the need for a better understanding of sports related brain injuries. He would be very pleased with these grants, especially being awarded to Pittsburgh based researchers,” added Rooney.

Randomized Controlled Trial of a Precision Vestibular Treatment in Adolescents

This is a one-year randomized controlled study of a specific treatment approach for adolescent patients following a sport-related concussion (SRC).  The purpose is to determine the effectiveness of this treatment compared to standard of care (i.e., behavioral management interventions) for reducing recovery time, symptoms, and cognitive impairment in adolescent patients with specific symptoms.

A three-year study to use one of the brain’s fatty acids to improve the functioning of neurons in the brain that have been damaged by multiple mild traumatic brain injuries.  This study will determine the effects of Decosahexaenoid Acid (DHA) treatment on specific aspects of the neurotransmission deficits that occur after experimental repetitive mild traumatic brain injury (RMTBI) in rats.

Use of Brain Diffusion MRI Connectometry to Quantitate Connectome Changes

This is a one-year study to assess changes in the brains of retired contact sport athletes with post traumatic disorders.  The study will objectively track any changes in these athletes’ brain function and structure as a result of a treatment program based on the research that nerve fibers and their network continually change throughout life.

Biomarker Panel for Inflammation and Tau in Concussed Athletes

Institution(s):  University of Pittsburgh and National Institutes of Health

This is a three-year study to improve the functioning of neurons in the brain that have been damaged by multiple mild traumatic brain injuries utilizing one of the brain’s fatty acids.  This study aims to generate pilot data to identify and provide a temporal timeline of biological pathways implicated in concussion, (i.e. tau and inflammatory pathways) using novel sweat patch analyses and correlation to objective symptomology.

“I’ve been working in this field for over two decades and have lead, participated and reviewed many research proposals.  The proposals the Foundation has selected are at the forefront of traumatic brain injury research and are highly deserving of these grants,” said Dr. Julian Bailes, Chairman of the Department of Neurosurgery and Co-Director of the NorthShore Neurological Institute in Chicago and a member of the Chuck Noll Foundation’s Medical Advisory Board.

Other members of the medical advisory board echoed the same sentiments. “If we could have funded all the research proposals we received, we would have,” said Dr. Joseph Maroon, Professor and Vice Chairman, Heindl Scholar in Neuroscience Department of Neurological Surgery University of Pittsburgh Medical Center. “They were all outstanding and speak both to the interest in traumatic brain injury research and the quality of work being conducted here in Pittsburgh,” concluded Maroon.

“What is really impressive with this first round of grants,” said Dr. Regis Haid, founding partner of Atlanta Brain and Spine Care and Medical Director of the Piedmont Spine Center and Neuroscience Service Line, Piedmont Hospital, Atlanta, Georgia, “is that we were able to fund research in basic science, diagnosis, and treatment. This speaks volumes about the Foundation’s mission and the extent of the research being conducted.”

The Chuck Noll Foundation For Brain Injury Research was established in December 2016 through an initial grant from the Pittsburgh Steelers. Chuck Noll, for whom the Foundation is named, enjoyed a 23-year coaching career with the Steelers that culminated with his induction into the Pro Football Hall of Fame in 1993. Noll’s commitment to the well-being of his players ultimately led to the development of the ImPACT test (Immediate Post-Concussion Assessment and Cognitive Testing) used by NFL team doctors since 2007, and now internationally used to help monitor concussions for athletes at all levels. More information on the Chuck Noll Foundation For Brain Injury Research can be found at: www.chucknollfoundation.org

What is Flatback Syndrome?