HomeUncategorizedScoliosis: Straightening the “Curves” of Life 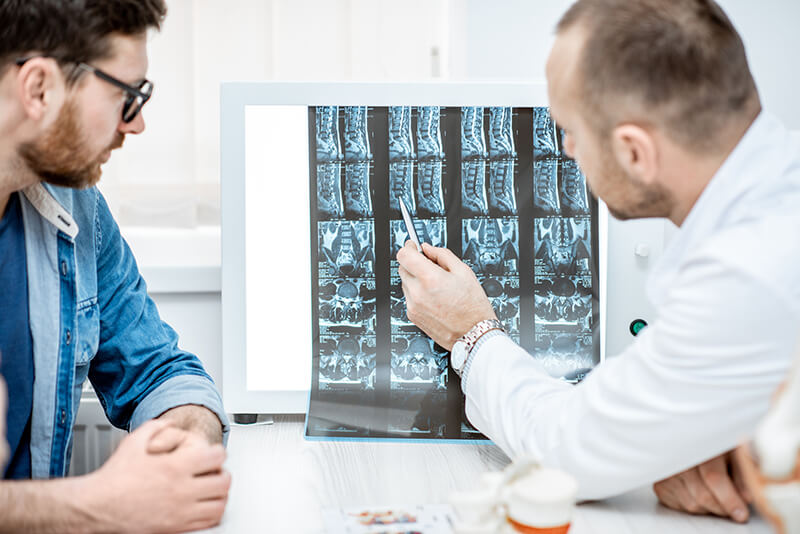 Scoliosis, the s-curvature of the spine, is an abnormality that shows no deference to age, afflicting newborns to adults. Like other diseases, it varies in severity from mild to severe. In order to obtain the best outcome, individuals need to catch the condition early and follow the right course of treatment.

Scoliosis is generally defined by the American Association of Neurological Surgeons (AANS) as “an abnormal lateral curvature of the spine.” This abnormal curvature manifests itself in four types of diagnosable scoliosis.

Because scoliosis affects the shape of the spine, detecting the problem is fairly simple. Some of the most common symptoms affect the way an individual appears when standing.

In order to obtain a diagnosis of scoliosis, doctors will take a detailed medical history of the patient and do a physical exam. AANS states that the Adam’s Forward Bend is a typical screening method doctors use for an initial analysis. The patient does a 90-degree bend at the waist, and the doctor looks for any asymmetry in the individual’s trunk. Other tests a doctor might order are an x-ray, magnetic resonance imaging (MRI), and computed tomography scan (CT). He uses these to determine how severe the scoliosis is and which of the three treatment options is appropriate for the patient.

Although scoliosis is not preventable or curable, it is treatable. Catching the problem early means a better chance at limiting the amount of curving the spine does and getting it to stabilize into the least possible curve. If you are concerned that you or someone you love may have scoliosis, schedule an appointment with the specialists at Atlanta Brain and Spine Care. Our caring staff can get you an accurate diagnosis and appropriate treatment plan, helping take the “curves” out of life.